Please note: the contents of this page are old (2009), and as such, they may no longer be relevant.  The information is kept here for historical purposes.

The concept of a “Virtual Machine” (VM) can be a little confusing to someone who has never heard of one before. Let’s say I have a Mac, and I want to run some Windows software. We know that Macs and PCs can’t run the same software, so we need a way to make your Mac “speak” the PC “language”. That’s where a VM comes in. A VM is a software application– just like Microsoft Word, or Photoshop– that essentially pretends it’s a computer. Once you have this “fake” computer, you can then install Windows on it, and it will run the Windows software for you. Windows doesn’t know any better, and assumes it’s running on a real computer.

VirtualBox is a free Virtual Machine that runs on Windows, Linux, and Mac.

Here’s a screenshot of VMWare Fusion running Windows. As you can see, VMWare fusion runs just like any other application would, inside of its’ own window. 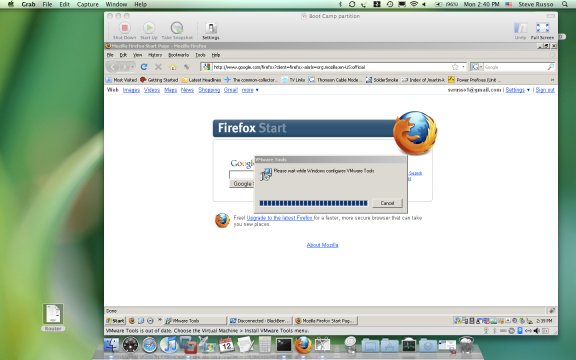 I can hear you saying, “VirtualBox and VMWare look cool! What the heck do you want to run Xen for? Their website looks boring.”

A computer has a real processor and physical memory. Xen basically creates a thin software layer on top of that hardware and allows you to split up those resources among several operating systems like Windows, Mac OS, Linux, etc. It supposedly uses a lot less resources than a virtual machine does, so that each VM will run faster than if it were being run as an application. This thin layer is referred to as a Virtual Machine Monitor, or VMM.

I want to run Windows, OS X, and Linux, but virtual machines are slow. My theory is that if I can get Xen working on my MacBook Pro, I’ll be able to run all 3 without having to reboot or run a wholly separate virtual machine. They won’t run as fast as they would on the physical hardware, but they won’t be as slow as a VM, either.

It’s also an experiment because I like to tinker. 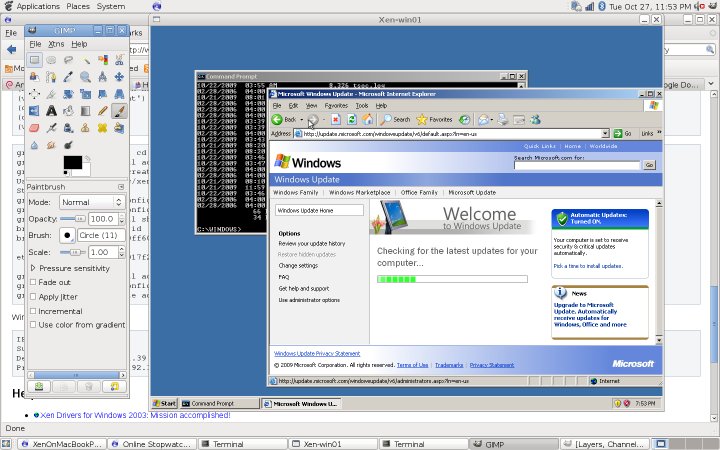